In addition to food and gas price increases, over the past year, I've experienced increases in my mortgage, various insurances, utility bills, seasonal campground rent, and escrow accounts. Entertainment costs and dining out has become more expensive as well. 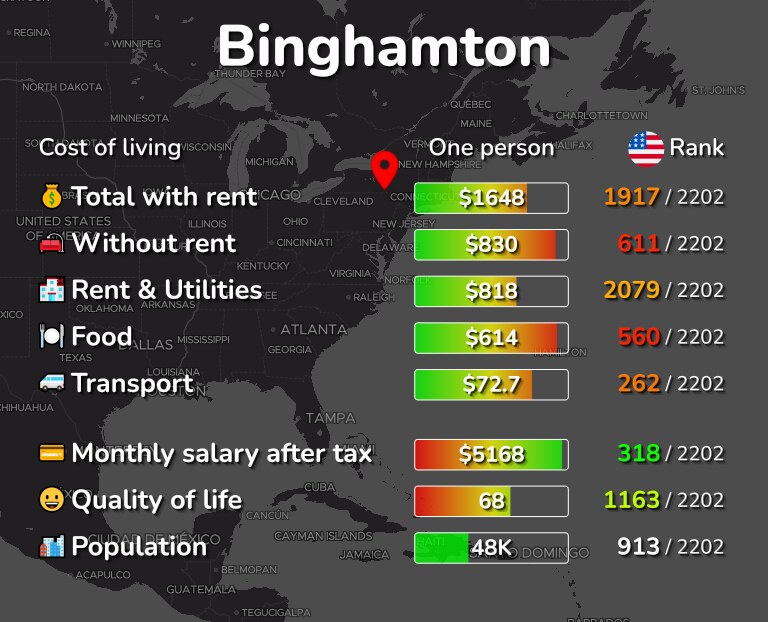 Living Cost ranks Binghamton New York in the top 30% of the most expensive cities in the world. The website breaks out the average cost numbers into several categories including eating out and rent & utilities.

Looking for the best place in all of New York state to raise your family? When a town receives a high ranking from Niche, it means that the town is attractive for families because it has good schools and is a safe community. These are the top-ranked towns for families.

The Four Most Expensive Homes for Sale in Binghamton